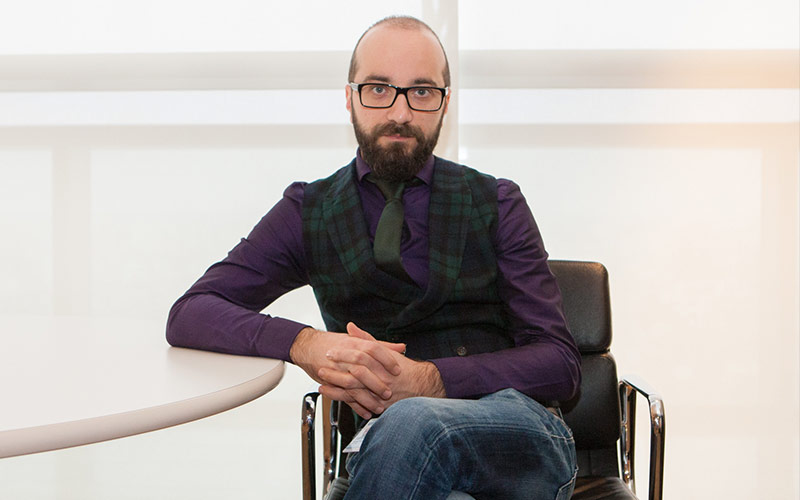 „2019 will begin in a new organizational formula, so the company can maintain its flexibility and agility in a market that will enter a two-year electoral sequence”, Răzvan Petrescu, UTI Grup’s CEO for The Diplomat

The Diplomat magazine has invited UTI to join some of the most important Romanian companies in analyzing the Romanian business environment, the challenges it raises and the developments of the past year.

Razvan Petrescu, CEO of the Board of Directors of UTI Grup, has pointed out UTI’s latest major projects, the strengths that have kept the company a top of the industry for 28 years, as well as the company’s strategic plans for the future.

Razvan Petrescu, UTI: We estimate a turnover of 90 million Euro in 2018

This year has been marked by strategic reorganizations, large successful projects and a repositioning in the market for UTI, said Razvan Petrescu, chairman of the board at UTI Group.

“From the first category, I would mention the completion of the partnership with PineBridge Investments, the investment fund that has been our partner for the last 13 years, through the redemption of the shares held by the majority shareholder,” he told The Diplomat-Bucharest. “Thus, at the 28th anniversary of its establishment, UTI Group became a company with full Romanian capital. We are close to finalizing a strategic restructuring of business units through which the UTI fleet will have a simpler, more horizontal, coherent and better tailored structure in the market.”

This year, UTI continued its partnership with major technology companies, such as Leonardo for the development of NATO-housed hardware and software products: with Smiths Detection, the leader in threat scanning and detection technology; with Honeywell, and Alstom, an approach consistent with UTI′s strategy to focus on providing complex solutions for targets exposed to security risks (defence, critical infrastructure, prisons, border crossings, embassies, entertainment and sports arenas, tourist attractions, etc.).

“In the area of completed projects, I mention only a part of them,” Petrescu added. “In the field of transport infrastructure, we have completed the extension of the Bazilescu – Straulesti subway section on the fourth subway line of Bucharest, a project that included the construction of a depot, a multimodal terminal and a park & ride system (parking and bus station). We have the works for the fifth subway line in Bucharest, Drumul Taberei – Eroilor II, as well as the modernization of the technical infrastructure of the main tram depot from UT Arad. Our aquatic endeavours include the modernization of the Agigea, Cernavoda, and Ovidiu canal locks – managed by the Navigable Canal Company – the most complex project to modernize the maritime transport infrastructure since 1990. In the field of airports, we have completed the works at the control tower of Bacau International Airport and the modernization of the light beacon of the Sibiu International Airport runway, and we are carrying out the project for the construction and modernization of Oradea Airport.

“Also, this year, the Collaborative Information System for the Performing Public Procurement (SICAP) was finalized and launched, which UTI has developed and implemented.

2019 will begin in a new organizational resource formula for UTI, so the company can maintain “flexibility and agility in a market that will enter a two-year electoral sequence.”

“Thus, we will return to a structure of smaller operational companies with well-defined identities for each field of activity (IT, security, construction, maintenance) and for each business model (infrastructure projects implementation, product development),” Petrescu explained. “The purpose of this reorganization is to develop, in separate companies, those UTI Group business lines that have growth potential. We will continue to invest in research and development. We already have an important intellectual property portfolio and for UTI, research is a regenerative engine, a way to bring about economic growth and added value through innovation. Next year, we will focus on security solutions and products (video analysis, command and control centres, physical security, etc.) designed to respond to the real threats facing the current society (border protection, disaster management, etc.)”.

The next year′s plan is underway, but UTI is also to invest in the consolidation of those areas of business that have proven profitable in research and development. For this year, UTI estimates a turnover of 90 million Euro, with a similar result in 2019.

UTI Group has around 1,220 employees and the company strives to keep its key people, those “who know very well what the benefits are, but also the challenges of working in a company like UTI”.