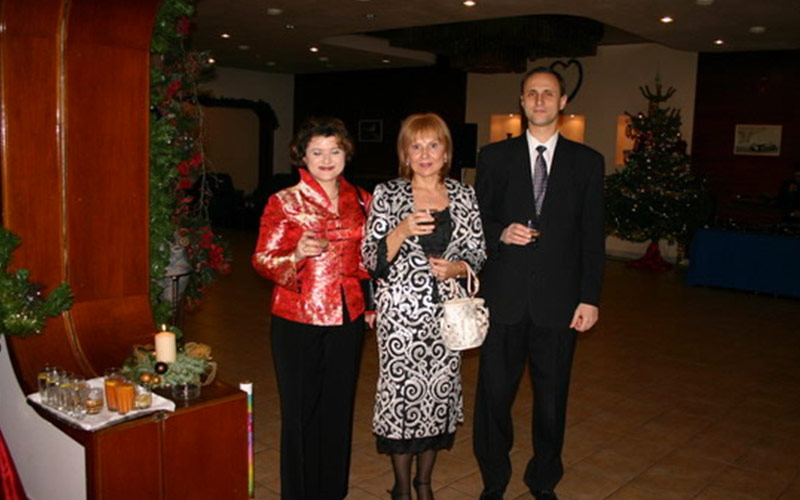 On Sunday, December 18, at Paradiso Club, 300 employees of the companies UTI Retail, Sorral International, of the Military Division, as well as of the Security Systems Division celebrated together the Christmas holyday. The festive atmosphere was entertained by the Christmas carols and the karaoke moment and it was animated by the mixed pieces played at the saxophone by DAX. The highlight of the party was the prize award for the most deserving colleagues.

On Monday, December 19, approximately 450 UTI employees, within Electroproiect, Infcon, and UTI International participated in the Christmas party organized especially for them, at Paradiso Club. The atmosphere was a very joyous one, the participants’ buoyancy being maintained by a lot of good music to the audience’s delight.

Still on Monday, December 19, at Burebista Restaurant this time, there took place the Christmas party destined to the UTI Trading employees. Colleagues and guests celebrated in a relaxing atmosphere both the end of a year full of events in the UTI evolution, as well as the coming of the New Year, a new beginning for all of UTI employees. The guests danced, listened to genuine Romanian music and let themselves be charmed by the voice and presence of the singer Maria Buza. Around midnight, a choir of carol singers brought the Christmas spirit to the party.

On Tuesday, December 20, it was the turn of the UTI Group employees to participate in the event marking Christmas, at Floreasca Club. The guests lived the holyday atmosphere by listening to Romanian and international carols in the a cappella interpretation of a Conservatoire group of students. The entertaining music, the crackers and the anniversary cake completed the party’s special atmosphere.

On Thursday, December 22, the employees of the Information Technologies and Communications Division reunited to celebrate Christmas together with their closed ones and their colleagues, at Paradiso Club. The rhythms of the music and the entertaining atmosphere turned the party into a truly special moment for all the participants.

Already a tradition, the UTI Christmas parties are part of a multitude of events that mark the end of 2005 in a very joyous manner.