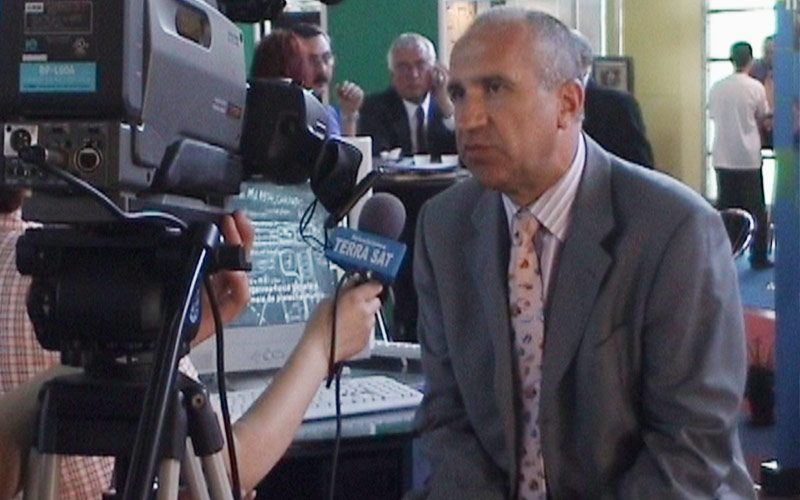 Firex Engineering presents detection, alarm and extinguishing systems produced by ANSUL USA – the AUTOPULSE detection and alarm system, the MICRO-K aerosol extinguishing system, the INERGEN extinguishing system, skylights and outlets for smoke and hot gas extraction as well as special doors (fireproof and intrusion resistant). These systems are extremely robust, ecological and highly reliable. They are used in USA, Europe and Asia for fitting special areas with high fire risk within civil and military sites, where information and telecommunications equipment is installed.

KTrack presents the preliminary version of VTS-02 (Vehicle Tracking System) as the second version of the VTS-01 system, operational since November 1999. The new version, entirely designed and manufactured in Romania (hardware, software and firmware), features high quality standards entailed by UTI Group expertise, gained along 11 years of practice in the field on the one hand and to the easy installation and operation of the system on the other hand. The system is intended for vehicle monitoring irrespective of the vehicle type on road, sea or railway. The system has various applications, such as: special transport monitoring (cash/ ambulance/police/ fire fighters/passenger), fleet monitoring for management improvement or for vehicle theft risk lowering. The system uses GPS technology (Global Positioning System) for vehicle tracking and GSM technology for data communication between the monitoring centre and the mobile units.

UTI Trading, company of UTI Group, specialised in solutions for retail areas, launches for the first time in Romania systems produced by Tyco (the greatest security system manufacturer in the world), especially designed to protect extremely large exit areas as well as the new series of surveillance video cameras produced in compliance with the quality assurance standard ISO 9001 and the digital high performance recorders Dedicated Micros and Intellex. It also exhibits a full range of protection systems for retail areas. Irrespective of the technology used, be it acousto-magnetic, electromagnetic or radio, the systems provided by UTI are manufactured by the world leaders in the field, have the highest detection rate and fit with an extensive range of sensors.