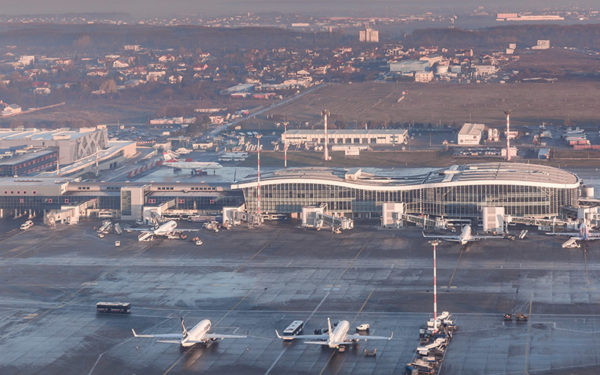 Right of reply regarding the false information presented by national.ro

As a result of the publication on the national.ro site, on January 30, 2020 of the article entitled “Shocking DOCUMENTS! The “DNA snitch” blows up the secret services! “, in which you make false and defamatory statements about UTI Grup and UTI Facility Management, for which you did not ask for our point of view, by virtue of the deontological code and the right of reply, we request the full publication of the clarification information below and under the same conditions of visibility as the article to which it refers.

We have noticed that this is not the first article of your editorial team regarding the auction with Otopeni Airport, but you have started a real campaign to denigrate our company, while you favor a certain candidate for the mentioned auction. We discover in the article exactly the claims of that competitor and therefore deduce that it could be a paid article, unmarked as such, which serves the interests of the competitor and your office political line. The authorized institutions have analyzed the aspects mentioned in the article, rendering available more information than those “selected” by our competitor and by your editorial office, which you have intentionally omitted.

Such groundless accusations undermine the prestige and image of our company, which is why we reserve the right to sue all those who launch such defamation in the public space. We will also evaluate the impact of this article on our business development and decide to recover in a court of law the losses created by the National.ro campaign.

We consider that in any public tender procedure the winner must be nominated on the basis of its competencies and experience in the field and not as a result of efforts to denigrate the other candidates in media.

Within the mentioned article you present distorted, missinforming and manipulative information about the public tender organized with the Henri Coandă Bucharest International Airport for the awarding of the “Mecano – Energetic” contract, a tender in which UTI is a participant, as well as two other companies.

In our endeavor to manipulate and misinform, you make reference to two certificates of service, whose content you interpret in a false and biased way. Thus, you claim that UTI should have been disqualified from the tender for the mentioned contract because “The provisions of Law no. 99/2016, art. 180, paragraph 1, letter g being as clear as possible with the legal conditions under which this disqualification is carried out: ”the operator has seriously or repeatedly breached his main responsibilities that were his responsibility within the framework of a public procurement contract (…) and these violations led to the early termination of the respective contracts, payment of damages or other comparable penalties”.

The statement that there are two negative certificates of services for the UTI companies is false. As can be seen below, our companies did not “seriously or repeatedly breach their main responsibilities” which were stipulated in the public procurement contracts, therefore intentionally denigrating our companies and manipulating the public opinion, claiming that we do not have the “quality” to participate in the tender.

The facts concerning the two certificates of service are as follows:

1. Regarding UTI GRUP S.A. and the certificate of service received from ANCOM, through which delayed work penalties were applied to our company for non-observance of the term of completion of Contract no. SC-DA-7797 / 14.03.2917, which was 14 days overdue, the European and national jurisprudence are unanimous in considering that simply exceeding the deadline of execution with a few days does not represent a serious breach of the contractual obligations.

Applicable national and European legislation is also supported by the guidance of ANAP and the previous practice of the CNSC. However, in the document issued by ANCOM, it is shown that the obligations were properly fulfilled and that there were no non-compliances leading to partial or total refurbishment, cases of technical accidents or receptions rejected due to non-observance of the quality parameters that would cause damages to the contracting authority. At the same time, the delay penalties applied by the contracting authority for the 14 days of delay were deducted from the obligation to pay the entire value of the contract to UTI.

2. Regarding the contractual relationship between UTI Facility Management and Romgaz, we would like to inform you that Romgaz has terminated a subsequent contract for the inconsistency of several monitoring systems, the Framework Agreement under which the subsequent contract was concluded being still in force.

Please note that after the termination of the contract, Romgaz automatically concluded a subsequent contract with the second bidder classified in the public acquisition procedure, with which he also signed a Framework Agreement. Therefore, Romgaz did not suffer any damage, as the situation was settled automatically, without the need for any other public acquisition procedure. As the Framework Agreement is not terminated, UTI Facility Management remains the first option for Romgaz to conclude another subsequent contract in the future, which shows that Romgaz surmised that the facts for which the subsequent contract was terminated are not likely to make our company less credible.

The applicable national and European legislation is unanimous in considering that the mere termination of a previous public procurement contract is not likely to lead to the automatic exclusion of a tenderer, as competition would be unduly restricted in this situation. It is important that the Contracting Authority determines, based on existing data, whether the tenderer in such a situation still has the credibility to participate in the procedure. This jurisprudence is also supported by the guidance of ANAP and the previous practice of the CNSC.

Moreover, UTI Facility Management has contested, by judicial process, the notice of termination and the certificate of service issued by Romgaz, and the process is ongoing.

In conclusion, we ask you to put an end to this campaign that violates both professional ethics and constitutional provisions regarding the media’s obligation to inform correctly. Such practices can also lead to the invalidation of the public tender procedures and do not serve in any form, as provided by the Romanian Constitution, for public information. Moreover, it precludes the readers from forming a correct opinion regarding activities of public interest, becoming captive of commercial and political interests, promoted in the absence of real and proven competences.

For more information about the projects and activity of the UTI companies, please contact us by e-mail: dcc@uti.eu.com.