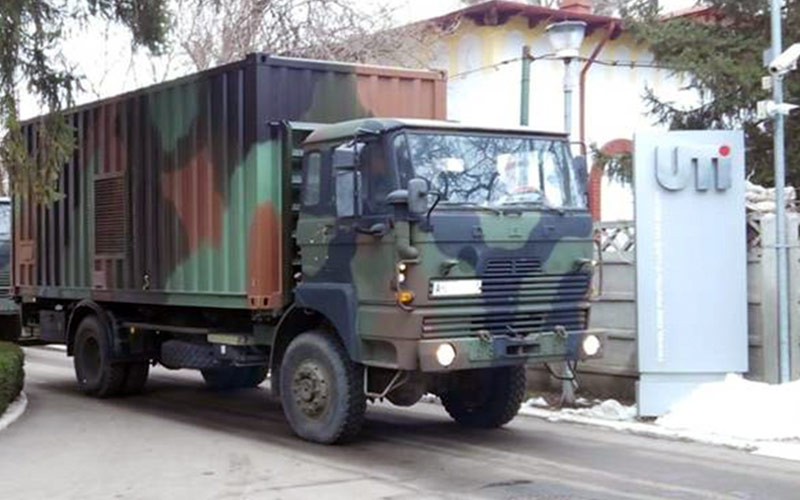 UTI has developed a Command, Control and Communications Center for air-land Hawk PIP III rockets to be used in ground-based air defense actions, whose beneficiary is The Ministry of Defense.

The Command, Control and Communications system provides information, commands and report regarding the air status among superior and inferior echelons and enables voice communications among all locations of the system within the Report and Control Center (CRC), Land-Air Operation Center (CORSA), Fire Distribution Center (CDF) and HAWK Fire Units (PCP).

The system can be used in time of peace, crisis or war and is compliant with other land-air rocket systems belonging to the Romanian Army or to other member states.