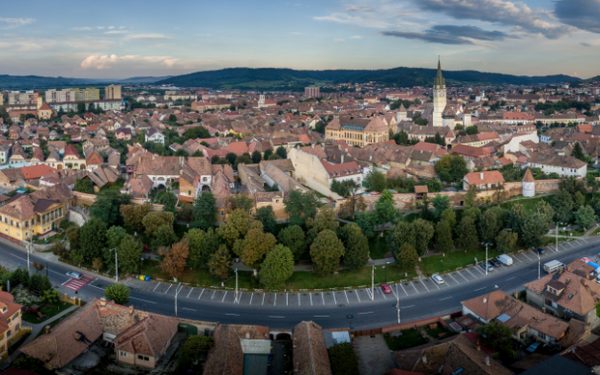 The association formed by Isotech SRL (leader) and UTI Grup SA (associate) was designated the winner of the tender organized by the Medias Municipal Council for the Modernization, Rehabilitation and Extension of Electric Public Transport Routes in Medias and, on August 21, 2020, signed the pertaining contract.

The objective of the project, whose value amounts to  43.2 million lei (VAT excluded), is to promote urban mobility by modernizing, rehabilitating and expanding the electric public transport routes (trolleybuses routes) and implementing an integrated traffic management system, based on innovative solutions to make public transport more efficient in order to increase its attractiveness and reduce the use of personal cars.

UTI Grup and Altimate, as subcontractor, will provide design and execution services for the rehabilitation, modernization and extension of public transport routes, modernization and rehabilitation of bridges and overpasses located on the trolleybus routes, rehabilitation of transport infrastructures, traffic management and video monitoring solutions, as well as intelligent transport systems (passenger information displays with variable messages in trolleybus stations, ticket vending machines etc.) on the routes included in the project.

UTI Grup and Altimate have solid experience and competencies in the field of Intelligent Transportation Solutions, having implemented traffic management, public transport management and automatic fare collection projects in over 25 cities in Romania, Poland and Bulgaria.

News
The works for Bucharest Metro Line M5 are expected to be completed soon. UTI Grup has provided the installations that enable the proper operation of the metro stations and of the underground infrastructure.
UTI Grup will modernize the Sinaia City Hospital. The total investment amounts to 8 million euro.