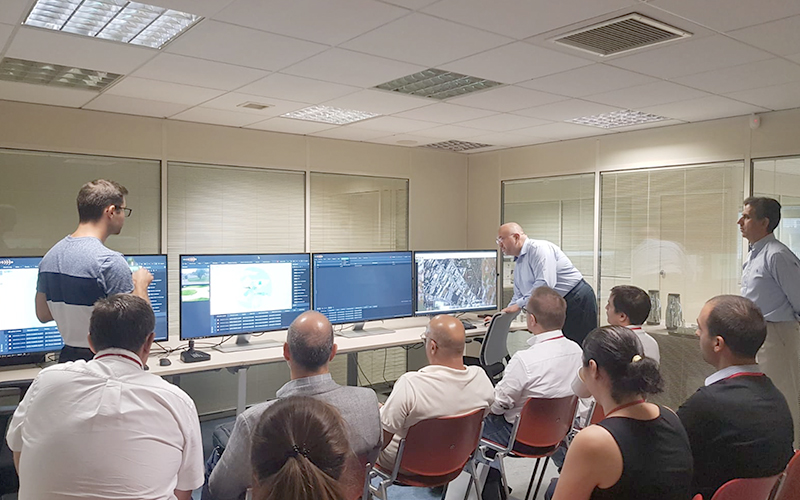 UTI participates in a 2,7 million euro international project for the security of the European borders

UTI Grup participates in the international research project EWISA – EARLY WARNING FOR INCREASED SITUATIONAL AWARENESS, financed by the European Union, that is worth EURO 2,7 million.

The EWISA Consortium, formed by: KEMEA- The Center for Security Studies in Greece, The Finnish Border Guard, The Spanish Guardia Civil, The Romanian Border Police, will coordinate the solution development and testing with different border areas from the four countries.

Our company and Pro Optica will be representing Romania in this project, as subcontractors of Intracom Telecom in Greece, that coordinates the team that has won the bid organized by the Consortium for the Ewisa Solution 1.

UTI Grup’s role is to develop and test advanced video analysis technologies and a command and control solution designed to protect borders against threats, including illegal immigration.

The command and control concept is developed by the UTI specialists using the expertise gained while implementing the NATO Air Ground Surveillance Program and the SafeShore research& development project.

The video analysis technology is developed by Softrust Vision Analytics, a UTI affiliated company, which has over 15-year experience in developing such products and applications. They were successfully implemented with UTI projects for maximum security sites and Romanian and European research & development projects (SCOUTER, SafeShore, SPIA-VA).

The concept developed by UTI with the EWISA project will ensure an increased intelligence of the border security systems by the use of Artificial Intelligence (AI), based on Deep Learning algorithms. They help achieve an efficient video surveillance of a perimeter and in-depth analysis, with the purpose of identifying targets and a 100% coverage of the border areas.

UTI has intellectual property rights (IPR) over the EWISA solutions developed by our specialists. The Beneficiary requested that the procurement procedure includes an offer for the option of purchasing the IPRs of the project, after the successful testing of the solutions in the four countries that form the EWISA Consortium.

At the beginning of September 2018, the solutions developed by UTI Grup and integrated with the EWISA Solution 1 were successfully tested in Greece, during the Factory Acceptance Test.