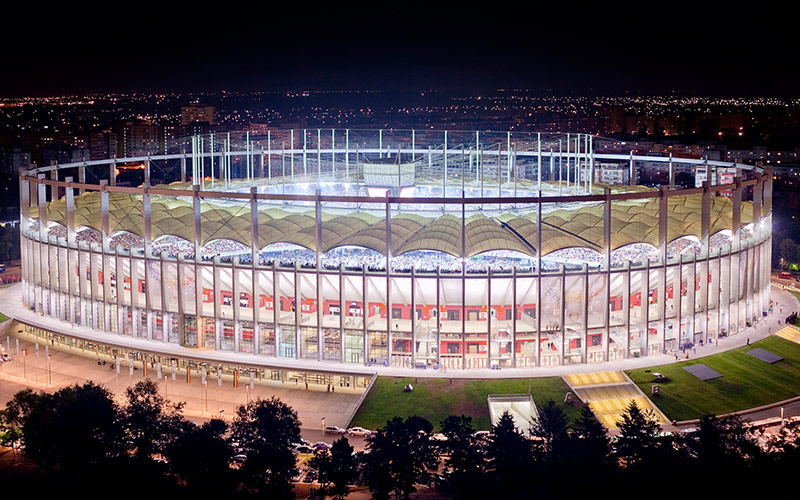 I address in this letter a subject of paramount public importance: the regrettable state of the National Arena and of its turf, in particular, wishing to pinpoint the causes that led to this state.

The reason behind this letter is neither political, nor pecuniary. It only arises from the need to make the National Arena compliant again with the international standards that govern FIFA/UEFA arenas, to identify the causes of PMB’s managerial failure and to launch a professional debate on the possible solutions.

The information I present is a reiteration of the information UTI has made public on various other occasions, in response to the attacks that you and the institution you represent have directed towards UTI, blaming our company for the inappropriate management of the National Arena and for its subsequent degradation. After the media has started to investigate the National Arena, you put the blame for the faulty management on the newspaper that revealed the same dysfunctionalities and illegal practices we had noticed. Recently, the blame for the inappropriate management of the National Arena is put on the authorities entitled to investigate the illegal practices.

However, a negative media campaign cannot replace UTI’s professionalism and performance in the management of the National Arena, officially acknowledged and appreciated by the specialized organizations (FRF, LPF, FIFA, UEFA) and even by PMB on various occasions and demonstrated through the quality of the turf when UTI provided maintenance services and the National Arena had the same turf provider as many of the international arenas and hosted, under optimum conditions, 165 public events (sports competitions and concerts).

During the post UTI stage, the new management of the National Arena chose an obscure turf provider, a company that UTI had disqualified in its previous evaluation, because, even if it had a lower price, it did not meet the relevant requirements of the international standards that apply to FIFA/UEFA-level arenas.

We think it is necessary that everybody understands that the total investment in a high use resistance turf is clearly more advantageous as it allows the organization, under very good conditions, of more events than a turf that does not comply with the standards.

A lower cost for the turf replacement, without taking into consideration the quality and type of seed used, the maturity of the roll, the quality of the substrate, the thickness of the harvested roll, the tools used for assembly and harvesting, the treatments applied, etc. does not necessarily represent a long-term saving, as recent events have proved.

You have stated that you have reduced the acquisition price by 50% by buying a turf that does not comply with the standards. The value of the turf UTI installed amounted to 200,000 euro and 45 successive events have been organized, under optimum conditions, on this turf. This leads to a cost of approximately 4.500 de euro per event. Is this an exaggerated amount for a site of such importance?

While the framework agreement awarded to UTI Grup through a public tender was still valid and when the Arena was in a good shape, you have signed an unclear protocol with a controversial football club, stating that it is both legal and necessary as the City Hall was going to make important savings from the maintenance of the turf. Basically, you have replaced a valid contract, awarded by public tender, with clear stipulations regarding the compliance with the international standards, with a protocol, directly awarded and discretely signed, that did not take into consideration the observance of the mentioned standards.

Refusing to sign the last subsequent contract within the framework agreement, that you were legally-bound to sign, you have deprived the Arena of any maintenance service. During this year the installations have obviously decayed. In august 2017, you have allotted 27.8 million Lei to the city hall company, Compania Municipala Tehnologia Informatiei, for the replacement of the damaged and obsolete installations of the National Arena. And thus, after you have cancelled the contract with UTI and the installations on the Arena were no longer serviced, you have found the perfect solution: a non-transparent investment to restore the faulty installations on the National Arena.

Truth be told, the maintenance and upkeep of the National Arena in compliance with FIFA/UEFA standards, would have cost a lot less within the framework agreement concluded with UTI, compared to the investment that you make through an IT company that does not have the necessary technical competencies to manage the array of installations on the National Arena. However, in May 2018 you have concluded a contract with the mentioned company to provide exploitation, preventive and corrective maintenance services, that is the exact services that the framework agreement with UTI stipulated. Mention must be made that in May 2018, the framework contract was still valid, even you have publicly stated that is was cancelled.

The fact that you submitted the Arena to the management of the Administration of Lakes, Parks and Recreation Bucharest (ALPAB) was of no relevance to the framework agreement. As a proof, it was you as General Mayor who signed the protocol with the football club. We can deduct from the above information, that you were fully aware of the validity of the framework agreement, taking into account that the protocol signed with the football club was valid till the exact date of the framework agreement expiration. Only after this date, the institution you represent has expressed an interest in awarding the maintenance of the turf via a public tender.

As a conclusion, I regret your approach towards UTI and our contractual relation, a relation that was based on transparency and professionalism from our part. I mostly regret the current state of the National Arena, a state that clearly proves that improvisations are not long-term solutions.

As the National Arena is clearly in need of a professional approach, I reiterate our willingness to contribute, thanks to our practically demonstrated experience and to our know-how, to the urgent improvement of the National Arena. All animosity aside, we propose a transparent and constructive dialogue to jointly identify the best solutions during the short period left till the European Football Championship of 2020.

Yours sincerely,
Razvan Petrescu
Chairman of the Board of Directors

View the .pdf form of the document