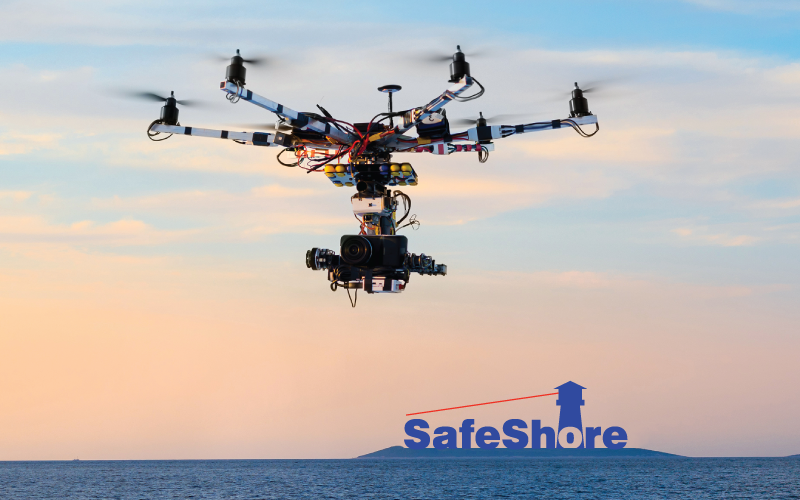 After 10 days of continuous tests on the Black Sea shore, in Neptun, on the 27th of November 2018, the specialists of the SafeShore project presented, in the presence of officials and guests, what are the benefits of the system developed for maritime borders and critical infrastructures protection.

The SafeShore Consortium is coordinated by the Military Royal Academy in Belgium and is formed by 12 partners – research centers, universities and companies from 7 countries.

The Romanian partners of the project are: UTI Grup, Protection and Guard Service, The Institute of Optoelectronics.

SafeShore – “System for detection of Threat Agents in Maritime Border Environment” is financed through the Horizon 2020 Program of the European Commission, the Call BES-02-2015 Maritime Border Security.

After testing the system with the Mediterranean and the Northern Seas, the members of the consortium simulated in Neptun a few scenarios, including a potential terrorist attack with drones carrying explosive substances, aiming at a critical infrastructure objective. While drones were flying across the shore, and suspect ships with assumed terrorists were sailing on sea, the SPP teams and the Coast Guard ships were alarmed by SafeShore, that integrates a 2D and a 3D Ladar system, which is scanning and receiving reflexes from the laser beam of the drone or the boat, identifying their coordinates.

SafeShore also integrates an acoustic detection passive system and a radio detection one. The radio system allows the detection of the remote controls used to fly the drones. ​The alarms are checked automatically by the video analytics systems, based on artificial intelligence and deep learning algorithms.

The drones are legally used in different fields of activity, but they are also used for illegal or criminal activities – smuggling, drug trafficking, illegal surveillance or attacks on persons. SafeShore addresses the need of the empowered authorities for guarding and border or critical infrastructure protection by integrating, in one platform, state-of-the-art technologies, by collecting and analysing, in real time, important data about the threats.​

Press Releases
Softrust Vision Analytics launches a new product range, named SeVA, that integrates electronic security systems
„2019 will begin in a new organizational formula, so the company can maintain its flexibility and agility in a market that will enter a two-year electoral sequence”, Răzvan Petrescu, UTI Grup’s CEO for The Diplomat