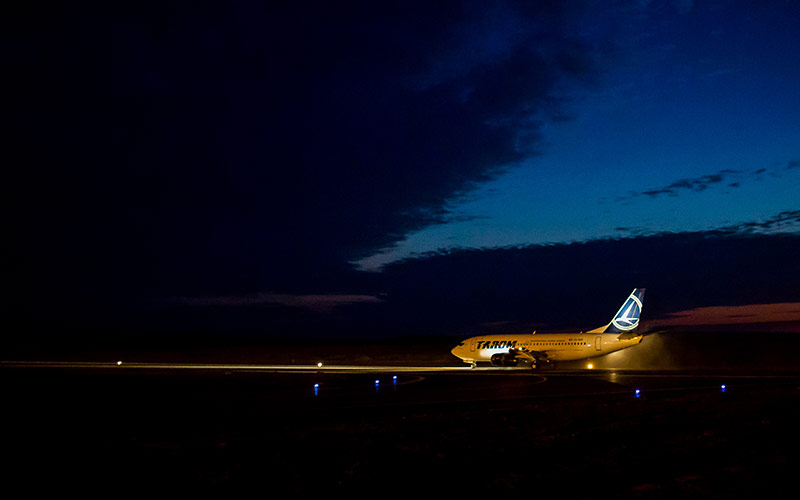 In acknowledgement of UTI competencies in the field of airport systems, UTI is currently in progress with the equipment and modernization works for three important airports in Romania: Cluj-Napoca, Sibiu and Bucharest Băneasa, projects awarded by public bid.

Thus, for Cluj-Napoca airport, UTI executes, within the Astaldi S.P.A – Romairport SRL – UTI International Association, electrical, thermal, low currents and HVAC installations for the Passenger Arrival Terminal, the total value of the contract being of 55,214,599.77 RON. In the same time, UTI executes the platform lightening system, as well as the technical project and execution for the electrical and thermal plant relocation and re-dimensioning, the two contracts amounting to 807,368.19 RON and 14,344,512 RON respectively.

For the International Airport of Sibiu, UTI executes, within the extension and modernization project, the electrical PDA lightening systems and installations, the lightening system for the airport platform and for the vehicle parking. The total value of the contract is 3,384,784,00 Euro.

The contract for the modernization of the runway of Aurel Vlaicu International Airport Bucharest Baneasa was awarder to ROMSTRADE-UTI-DELTA-TEHNOLOGICA ASSOCIATION. The total value of the contract amounts to Euro 18 m.

News
Plans for the future: UTI has a keen eye on acquisitions
UE accession introduces UTI to the league of professional corporations