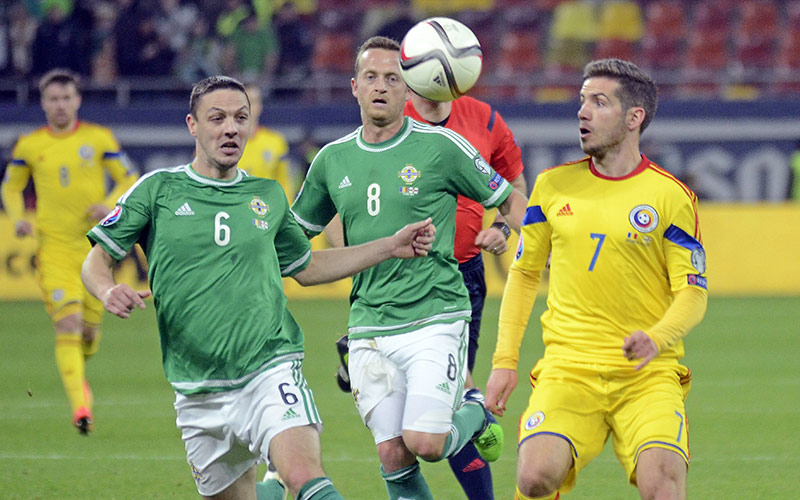 UTI Grup, the supplier of technical exploitation, current maintenance and administration services for the National Arena of Bucharest, prepares for the 100th event organized on the largest stadium in Romania.

The Romania – Northern Ireland match that will take place Friday, November 14, does not represent just an important competition in the preliminaries of EURO 2016, but also marks the 100th event for which UTI has ensured the technical assistance and support required for the unfolding of the events in perfect conditions.

Since the beginning of July 2014, UTI Grup has been the supplier of technical services for exploitation, current maintenance and administration for the National Arena of Bucharest. The agreement was awarded by open tender by the Bucharest City Hall, the owner of the building, for a period of four years and an estimated worth of Ron 34 million. The frame agreement signed at the beginning of July 2014 is carried out by means of four subsequent agreements, one for each of the four years of collaboration.

In September of this year, UTI completes the play area modernization works, according to the requirements specified in the awarded agreement, which contributes considerably to the improvement of the turf quality and aligns the National Arena to the standards of great international stadiums.

During the construction of the stadium (2009 – 2011), UTI ensured, as technical sub-entrepreneur, the execution of the building’s interior and exterior electrical installation works, the video surveillance and security systems, as well as the design and integration of automated building and lighting management solutions. Of special importance have been the works for the design and execution of the marginal appliance ensuring the night lighting of the playing field, carried out as a premiere on a Romanian stadium, of the sound and public broadcast system, carried out as per UEFA requirements, and of the HDTV broadcast system.

Also, UTI built the ticketing application used for selling tickets online and at the sale points within the National Arena. Launched under the Skayo Stadium brand, the application is successfully used by athletic clubs such as Dinamo Bucuresti as well as by the Romanian Football Federation. Since the launch of Skayo Stadium in November 2013, over 200,000 tickets to games organized on the National Arena and on the Dinamo stadium of Stefan cel Mare have been processed. The platform is integrated with a public access control system for the above-mentioned stadiums, thus allowing ticket check, fast access to the stadium and fraud elimination. For the game between Romania and the Northern Ireland organized by the Romanian Football Federation on the National Arena, almost 30,000 tickets have been sold so far.

For the technical administration and operation activities carried out daily and during special events, UTI assigned a team of 25 specialists capable to cope with any requirements and exigencies of the beneficiary and thus ensure the comfort and safety of all the people enjoying this great facility.

UTI Grup is a supplier of complete solutions and services for athletic arenas and sports halls, providing a wide range of technical and specialized services for facilities of this kind. Other similar objectives that UTI Grup has contributed its quality services and technology include Cluj Arena, Ion Oblemenco Stadium (Craiova), Sala Polivalenta Craiova and soon the Mihai Flamaropol Skating Rink in Bucharest.

News
Protect your business! Find out how by participating at the CyberSecurity Day powered by UTI
5 passageways in Bucharest will be endowed with state-of-the-art equipment