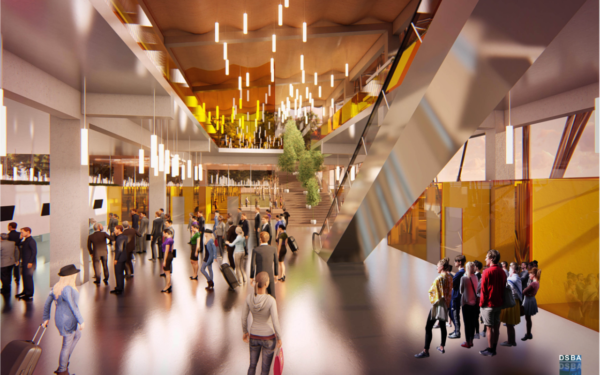 The joint-venture of Bog’Art SRL – UTI Grup SA – UTI Facility Management SA was designated the winner of the public bid organised by the Brasov County Council for the construction of the passenger terminal of the Brasov-Ghimbav International Airport and signed the contract for the works execution. The terminal will be built on three levels, with an area of ​​11,780 square meters and is located 12 km from Brasov. The project’s value is worth LEI 145,581,179.94 (VAT included). When this site is finalised, it will serve several counties – Brașov, Covasna and Harghita – contributing to the economic development of the region.

Within this project, UTI, through the two member companies, will carry out the design and execution of the electrical, sanitary, thermal ventilation, fire extinguishing and passenger transport (lifts and escalators) installations and will ensure the functional facilities of the terminal and the signalling elements.  Our specialists will also design and execute low current installations and will integrate luggage conveyor belts and X-ray scanning equipment.

For over 23 years, UTI has been offering state-of-the-art solutions and services at the highest quality for airports in Romania and in the region, being one of the main technology providers for passenger terminals and airport infrastructure.