This site uses cookies. By clicking any link on this page you are giving your consent for us to set cookies. Details
CALL CENTER 24/24: +40 31 101 18 84BUSINESS: office@uti.eu.comInnovationCSRCareersPress Get a Quote
Quick Links
Schimbă în Română
Get a Quote
Portfolio – General Contracting 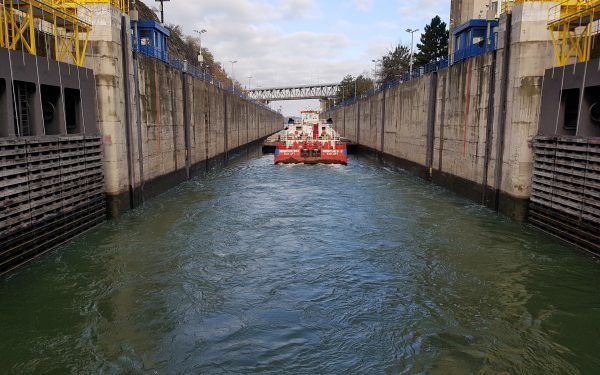 Modernization of the locks on the Danube-Black Sea Canal

The project, executed by the joint venture Romenergo, DDS Noell GMBH Würzburg (Germany), UTI Grup, Argos and Utilnavorep, resided in the upgrade of the technical infrastructure and of the tructure of Agigea, Cernavoda and Ovidiu locks, of the complex pumping station in Cernavoda, of the flood protection pumping stations in Saligny, Mircea Vodă, Faclia and of the great waters galleries of Ovidiu and Navodari locks.

UTI Grup’s responsibilities were to design, provide and install the technical equipment and installations that ensure the proper operation of the locks: power supply, electrical installations for the remote command and surveillance of the pumping stations, fire detection and extinguishing, CCTV,  telecommunications, interior and exterior lighting, surveillance and security systems, automation and SCADA for the security and auxiliary installations.

UTI Grup has also provided technical assistance for the installed equipment and the training of the personnel of the Administration of the Navigable Canals, the project beneficiary.

The lock modernization is a landmark project both due both to the complexity and diversity of the installed system, and to its social and economic importance as the Canal is of crucial importance to the landlocked European countries.

The modernisation works have been executed over several phases, without affecting the traffic on the navigable canals. Their main benefits are traffic increase, safety and traffic conditions improvement, environment protection by reducing ship locking time and increased efficiency of the Administration of the Navigable Canals following the decrease of the exploitation costs, considering that the equipment and the installations were technologically outdated.

The project, started in 2013, whose value amounts to 180 mil. Euro, was awarded by public auction and was financed through Cohesion Fund through the Large Infrastructure Operational Program 2014-2020.