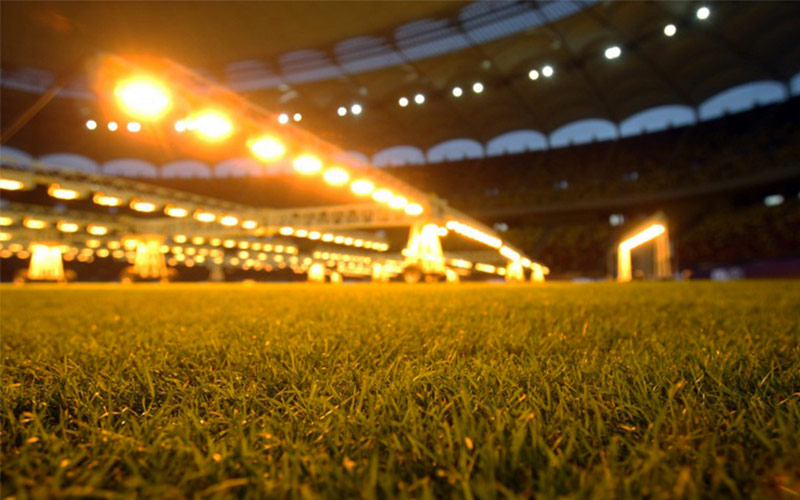 UTI Grup, supplier of technical maintenance and administration of equipment and systems that ensure the operation of the National Arena, completed in September the modernization of the playing area of the largest stadium in Romania, built in accordance to Elite UEFA standards. The works were carried out in accordance to the provisions of the contract awarded by public tender by the Bucharest City Hall and took place between September 15 – October 3, the turf being replaced completely. The total investment of the works was approximately Eur 900 thousand, the amount being provided in the budget of the maintenance contract signed in July 2014.

The works consisted in the acquisition, installation and commissioning of a ventilation, fertilization and active draining system (Osmo Drain, Germany) and of an artificial sunning system for stimulating the growth of the turf (SGL, The Netherlands), but also in the replacement of the initial turf in a new, superior quality product in accordance to European standards in the field (Hendriks Graszoden Group, Olanda). Also, in order to ensure a permanent level of quality of the playing area, regardless of the frequency of the events taking place on the stadium, a nursery was built in order to grow 100 square meter turf parcels, allowing for the fast replacement of the areas damaged during matches.

After yesterday’s visit on the National Arena in order to check the stage of the preparations for the match between Romania and Hungary within the preliminaries of the European Cup in 2016, the mayor of the capital, Mr. Sorin Oprescu, declared: We briefly visited the site, in order to make sure all conditions are met for this game and for the year end. By the end of the season, approximately 20 matches are scheduled. I also checked the stadium management as per the contract awarded, and the results start to show. The investment was provided for in the budget – the inclusion of a new ventilation and draining system for the turf, the stimulation of photosynthesis.

We hope to manage changing the turf less. It’s the long run towards 2020. In short, we put Bucharest on the world map. If we need to, we’ll change the turf in a month – but I doubt it, because there will be a computerized analysis station, which tells you whether to switch on the lights or not. We also have a turf nursery, we’ve set up a 100 square meter nursery in order to be able to replace the turf quickly. So we don’t bring patches of grass from I don’t know what planet. All the turf is from The Netherlands.

News
UTI celebrates 24 years of activity and rewards its best employees
Trust4Mobile, the voice and text message encryption application developed by certSIGN, is included on the new Samsung Galaxy Note 4